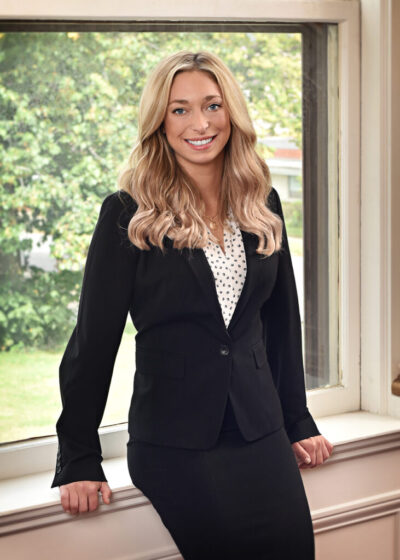 Alexandra recently graduated from the Indiana University McKinney School of Law. During the summer of 2017, she studied at the Renmin School of Law in Beijing as a part of her school’s China Legal Summer Program, where she studied international business law, human rights, copyright law and the Chinese legal system.

She was also nominated by her professor to serve as a non-governmental war court observer of the Khalid Sheik Mohammed-9/11 hearings in Guantanamo Bay, which required reporting on and critiquing the military commissions.

Alexandra competed as an oralist in the Wilhelm C. Vis International Arbitration Moot Court competition in Vienna, Austria, where she and her team argued briefs for both respondent and complainant over an international contractual dispute using the UNCITRAL, UNIDROIT and the HKIAC rules of arbitration before multi-national arbitral tribunals.

During law school she interned with the Consumer Protection Division at the Office of the Indiana Attorney General and clerked for two years with the Indiana Supreme Court Disciplinary Commission. She hopes to join the St. Joseph County Bar Association and become involved in the Indiana State Bar Association’s Young Lawyers section.